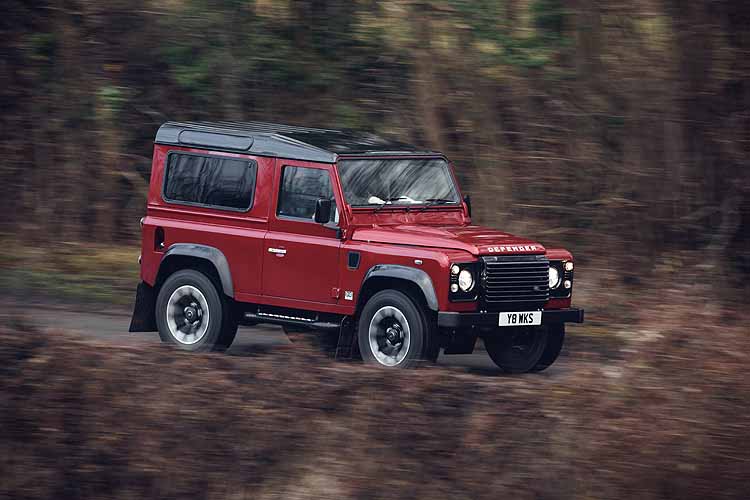 Ryton-on-Dunsmore, UK – 17 January 2018 – Land Rover today announces a limited-edition high-performance version of the iconic Defender, with a Limited run of up to 150 Collector’s Edition badged V8-powered examples, re-engineered to celebrate the Land Rover marque’s 70th anniversary in 2018. The Defender Works V8 pays homage to the early high-powered engines in both the Series III Stage 1 V8 from 1979 and subsequent Defenders including the 50th Anniversary Edition, which are highly sought after by enthusiasts and collectors today.

I really love the look of the 2016 Land Rover Discovery Sport (all-new in 2015) – not to be confused with the LR4 or Evoque! When I saw it at the auto show last February I expected it to be expensive, but not so… I asked my wife what she thought the price was – she’s really good at getting the price within $1,000 in 99% of vehicles. “Considering it’s a Land Rover: $80-100k” OK, but what do you think it should cost? “I think $60-80,000 would be acceptable with the options and trim level” How ‘bout $50k the way it’s kitted out? Eyes bug out – I think she’s rather impressed!! But what about after a week – will we still be enamoured with it?