Including the hydrogen fuel cell-powered flagship sedan LF-FC, the UX luxury compact SUV, and the ergonomic marvel that is the Lexus Kinetic Seat (TORONTO, ON – FEBRUARY 16, 2017) Three head-turning Concepts will make their Canadian debut in the Lexus exhibit at the Canadian International Auto Show – February 17-26, 2017 (CIAS) at the Metro Toronto Convention Centre, proving that the relentless attention to detail, thoughtful engineering and amazing design are the future of luxury automobiles. Canadians attending the show won’t want to miss 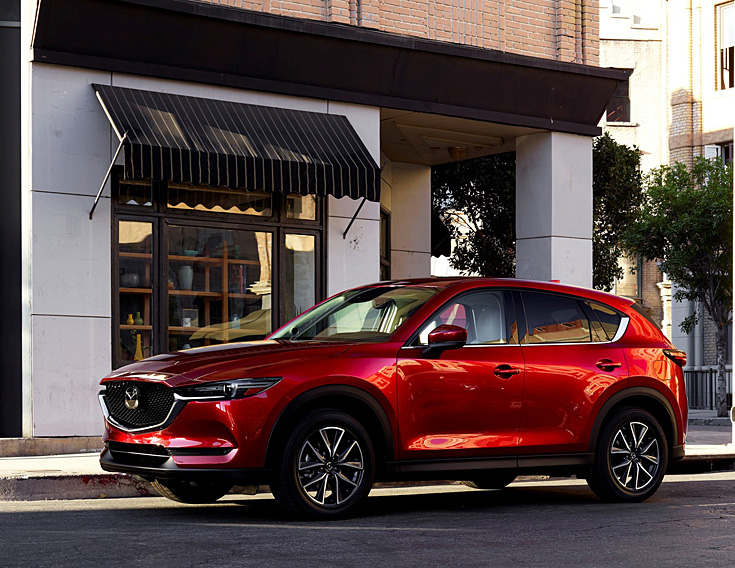 Yesterday Mazda Canada introduced the new 2017 Mazda CX-5 crossover to the Canadian market during a press conference at the Canadian International Auto Show. This second-generation compact crossover features Mazda’s SKYACTIV Technology, an evolutionary KODO – Soul of Motion design theme, and will launch Mazda’s first passenger vehicle with a diesel engine in Canada in the fourth quarter of 2017.

Fans Can Get Up Close To Rare Exotics At CIAS They’re some of the most jaw-dropping cars on the planet, but spotting them on the road is a rarity. That’s what makes getting up close to the stable of exclusive exotics on display at the 2017 Canadian International AutoShow such a riveting experience for car buffs. Auto Exotica, presented by Castrol and the Globe and Mail, is a perennial favourite attraction at the show, allowing visitors to appreciate the beauty, style and artistry of dozens of the world’s most impressive cars all in one space.

Visitors to the 2017 Canadian International AutoShow will be able to learn about EV technology and speak to manufacturers while exploring ‘Electric Avenue’ on the 800 pre-function level of the South Building. They’ll also be able to try out the technology themselves during complimentary test drives offered through Plug’n Drive, a non-profit organization focused on accelerating the adoption of electric vehicles to maximize their environmental and economic benefits.

A couple of years ago I tested the 2015 version of this vehicle. I actually wanted to try out the regular wheelbase version but there weren’t any available. For the 2016 model year Jaguar upgraded and refreshed the XJ – not wanting to miss the opportunity to drive one of my favourite cars for a week, why not drive the new refreshed version. Note: the 2016 and 2017 models are virtually identical other than a $1,000 msrp price increase. 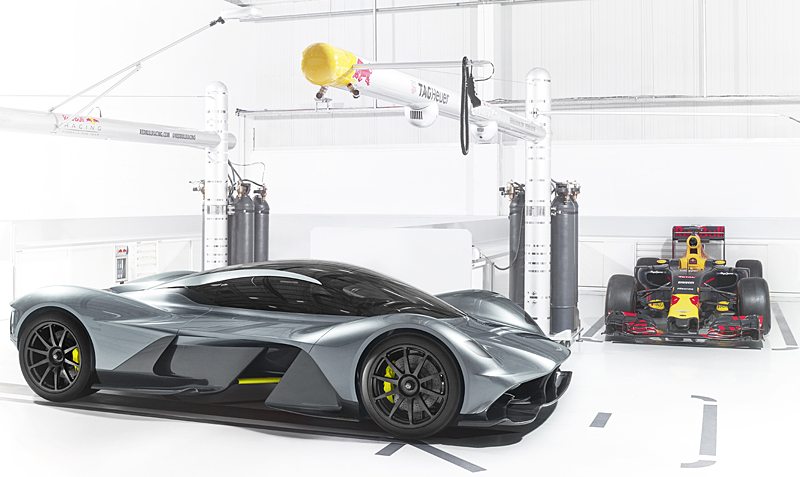 The Aston Martin-Red Bull concept Hypercar AM-RB 001 will make its first appearance in North America – and global auto show debut – at the Canadian International AutoShow in Toronto between February 17th and 26th The unique and groundbreaking AM-RB 001, introduced in July at the Aston Martin headquarters in Gaydon, England, is an unprecedented fusion of form and function the likes of which has never before been seen in a road-legal vehicle.

Concept models spring from the imagination of design engineers given the freedom to think outside the box. But the concept cars manufacturers’ roll onto the show floor at the 2017 Canadian International AutoShow, aren’t just the stuff of dreams – some of them will ultimately make it into production and onto the road someday – and AutoShow visitors play an important role in the process. Manufacturers will gauge public reaction to their designs and concept features as they head to the drawing board to create new models or refine designs for existing ones. A total of 16 concept vehicles – ranging from beautiful speed machines and high-end luxury sedans to SUVs meant for daily driving will be on display at the Metro Toronto Convention Centre during the 2017 AutoShow. We’ve covered some of them in previous articles, here are a few more to give you a glimpse of what lies down the road in car design… Acura – Precision Concept With an emphasis on high-contrast details and the intersection of modern, sheer surfaces and muscular, …

Yesterday we covered some of the good-looking vehicles launching at this years’ show. In Part Two we look at the weird awkward and ugly selection – a very competitive area I have to say… They say beauty is in the eye of the beholder, but I can’t imagine anyone thinking these are attractive. Without further ado…

The Aston Martin AM-RB 001 HyperCar concept headlines 41 vehicles making their first appearance in Canada during the Canadian International AutoShow at the Metro Toronto Convention Centre between February 17th and 26th. In this – the first of two parts, we check out the hot and interesting vehicles… tomorrow the ugly ones get their time in the spotlight.