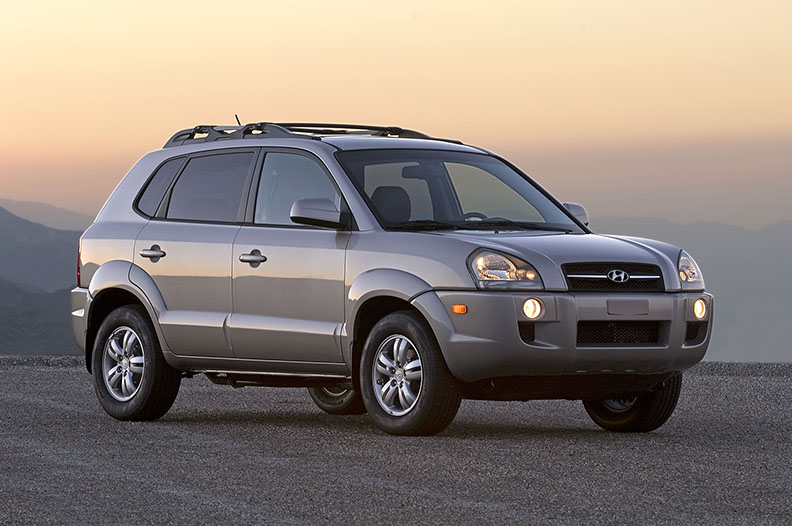 Hyundai’s smallest SUV, the Tucson was released just last year. Although smaller than the Santa Fe, its pricing is very closely matched to its big brother. That will probably change when the all-new, bigger 2007 Santa Fe comes out later this year. First Impressions Hyundai has come a long way since they came to North America back in the mid-80’s. Mimicking the Japanese manufacturers, Hyundai have always offered quality at a low cost, and just like the Japanese, as the quality of the vehicles and materials improved over the years – so the cost of purchasing the vehicle has moved in-step. Having said that, the cost of a Hyundai SUV is still less than comparable vehicles from Honda, Nissan and Toyota. So they’re cheaper to purchase – but are they any good?