Highlights from this week include: Never get lost again with only 3words; Tesla opens supercharger network to others; The Ford Maverick has plenty of love; Big changes in the plug-in world; Canadian Government expands EV infrastructure; The All-New Nissan Z is about to launch; McLaren jumps into IndyCar big time; GM is serious about the EV future – and more…

Tesla To Open Its Supercharger Network To Other EVs This Year

We reported several weeks back that Elon Musk tweeted that Tesla would open their network to other manufacturers’ EV’s in Norway next year. Now it seems plans have changed significantly. On July 21, Tesla chief executive Elon Musk announced that the car manufacturer will open up its Supercharger network to other electric vehicles later this year, and ALL countries are going to be open to the Superchargers!! With more than 25,000 Superchargers at over 2,700 stations around the world, it is no secret that Tesla’s charging network gives the automaker a HUGE advantage over all other manufacturers. Based on reasonable pricing in Canada at 45¢ kW, it should be interesting how much extra, non-Tesla owners will be charged to use them.

“There will be time constraints. If the charge rate is super slow, then somebody will be charged more because the biggest constraint at the Supercharger is time, how occupied is the stall… So rush hour charging will be more expensive than off-hours is charging because there are times when the Superchargers are empty and times when they’re jam-packed. And so it makes sense to have some time-based discrimination,” Musk said.

In North America Tesla uses its own proprietary connector, but opening the Supercharger Network in China and Europe would likely be simple enough, as EV charging connectors are pretty standardized in these regions. Musk said that Tesla Supercharger adapters would be available for purchase, with some being offered in actual Supercharger Stations. Tesla is now planning on expanding the network of chargers even faster now.

More details have been revealed by Reuter about Rivian’s planned second US plant. Previously, Rivian had not named a state or even a specific location, but Arizona is apparently in the running with Mesa (near Phoenix) according to documents submitted to the Arizona Department of Commerce.

Around $5 billion dollars will initially be invested in the Rivian plant and construction is set to start in the fall 2021. Production at the plant is scheduled to start in the second quarter of 2023. The size of the plant is not fully established at this point. Originally, Rivian had estimated 2,000 acres, but the new document refers to 10,000 acres, meanwhile Reuters reports that economic development officials doubt such a large vacant site could be found. It looks like a lot has to happen in a very short space of time to meet that fall 2021 start of construction!

Hyundai will not build its Ioniq electric vehicle (EV) for the 2022 model year, but the hybrid and plug-in hybrid (PHEV) versions of the Ioniq will still be available. The Ioniq EV’s range is just 274 kms (170 miles), meanwhile the similarly-priced Kona EV gets a much better range of  415 kms (258 miles) for just a couple thousand dollars more. The hybrid and plug-in hybrid versions sell for considerably less than the pure EV Ioniq – anywhere from $8,500-$10,000. Probably the true nail in the coffin is the highly anticipated and soon to arrive Ioniq 5 promises up to 482 kms (300 miles) of range along with unique styling and a more flexible cabin layout – albeit with another price bump over the Ioniq EV.

It’s clear that the 2022 Ford Maverick has resonated with buyers, as Ford has racked up over 80,000 reservations for the compact pickup – in just over than a month! With a base price of $25k in Canada, no one should be surprised. We got to preview a prototype  Maverick a couple of weeks ago – we couldn’t drive it, just look at it and take pictures… and it’s WAY nicer than we could have imagined!! Ford are already saying they won’t be able to produce them fast enough when it eventually launches. 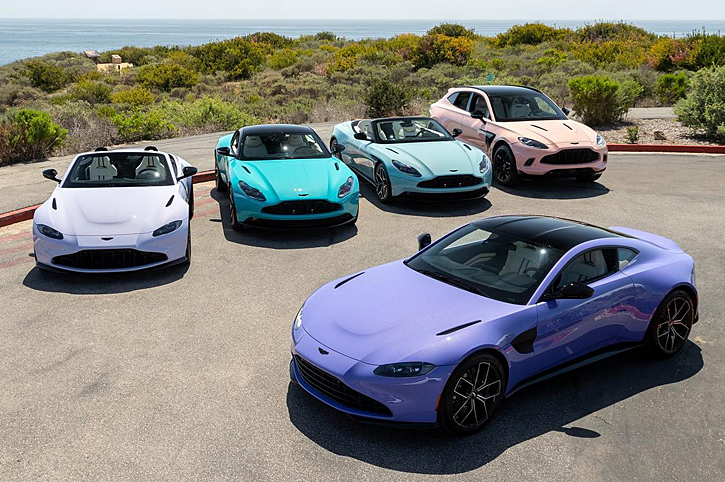 Aston Martin just announced sales are up by 224% – thanks to the DBX SUV – and that’s just for the first half of the year. The DBX has established itself as Aston Martin’s best-selling model with 1,500 units out of a total of 2,901 vehicles being sold in the first 6 months of 2021. 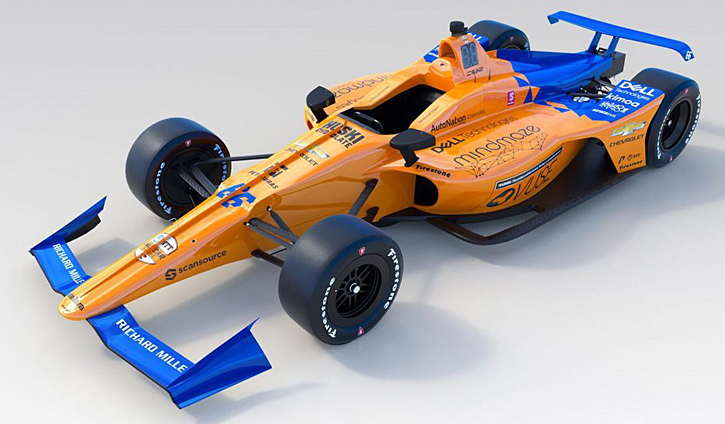 McLaren Racing has announced that it is acquiring a majority (75%) stake in Arrow McLaren SP. The McLaren name returned to the IndyCar series in 2017 to contest the Indy 500, and again in 2020 as a full-time team with Arrow Schmidt Peterson Motorsports. McLaren’s IndyCar effort will be their fourth fully-fledged racing operation, joining their presence in F1, Extreme E (from 2022), and McLaren Shadow esports (a virtual racing programme). They also have an option to join Formula E in 2022.

Zac Brown, CEO of McLaren Racing said: “McLaren Racing believes IndyCar will continue to build our brand in North America, serve our expanding US fan and partner base across our racing portfolio and drive long-term value. The racing is second-to-none, with world-class competitors in both drivers and teams, and a passionate, highly engaged fan base.”

Schmidt commented: “I’ve known Zak for 25 years. He’s a racer and this is a group of hard-core racers. We started our partnership two years ago and it’s gone extremely well, both technically and commercially. McLaren is an iconic brand and we’re proud to be with them. We’re doing this to make the team better and ensure long-term success.”

Our ISP was “choking” our internet speed because they didn’t like that we were streaming TV and Movies – after adding NordVPN to our Android Media box – problem solved. Click HERE for special pricing 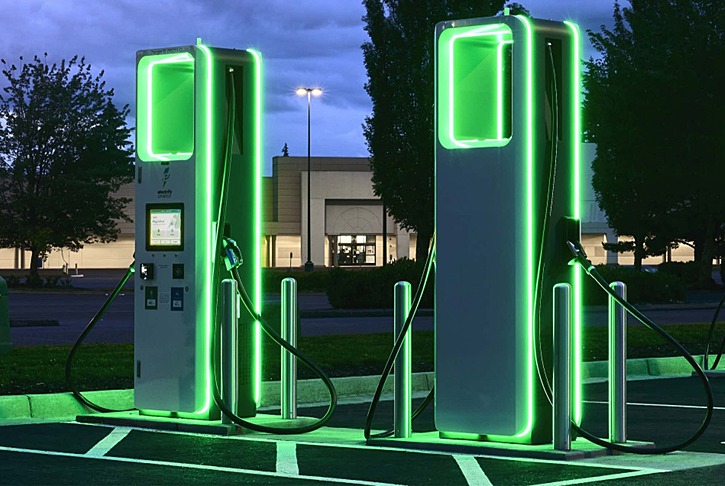 The network is following the auto industry and shifting toward CCS charging. Similar to the battle between HD DVD and Blu-Ray or VHS/Beta for us older folk – “there can be only one” (name that film). One of the United States’ largest charging providers, Electrify America will soon be focusing on building chargers with a new standard instead.

According to Electrify America…

“As sales of all new BEVs shift to CCS, Electrify America forecasts that over 90% of the non-Tesla BEVs in operation will use CCS by 2025. Electrify America is already seeing this shift at our stations. CHAdeMO usage (including Tesla via CHAdeMO adapter) accounted for just 9% of station usage in the first quarter of 2021, down from 15% in 2019.”

The superior Combined Charging System-equipped (CCS) vehicles dominate the landscape from the auto manufacturers – to be honest, other than the Nissan Leaf+ last year – I don’t think I’ve ever seen an EV with a CHAdeMO plug.

The huge reason CHAdeMO plugs are inferior is the charging rate it’s limited to just 50 kilowatts, meanwhile CCS-equipped stalls can provide up to 350kW of juice (good luck finding a station that’ll give you that much at the moment). At the moment a Nissan Leaf (with a 62-kW battery pack) will take approximately an hour to charge from 10 to 80%, and roughly 290 kms (180 miles) of range, meanwhile the extended range Mustang Mach-E will get about the same range in around 38 minutes due to its faster 150-kW charging speed. It’s not a humongous difference at the moment, but once more and more faster chargers come online we’re talking times dropping to 10-15 minutes for a charge.

Owners of CHAdeMO-equipped vehicles will still have the existing 800+ Electrify America charging stations that have CHAdeMO connectors, plus the many hundreds of CHAdeMO stations currently in service such as EVgo, ChargePoint and others.

Interesting news from GM… they plan to replace the Bolt EV in 2023 and the Bolt EUV in 2024 with Ultium-based electric crossover platform. The Bolt was just refreshed for the 2022 model year, and the Bolt EUV was all-new this year as a 2022.

Numerous combustion models are set to get electrified – most notably, the Chevy Camaro, which is said to be in line replaced by a performance-oriented EV sedan in 2024! The Camaro was originally supposed to survive until 2026.

This week, the Canadian government announced a total investment of over $32 million to install 853 electric vehicle charging points across the country. The various initiatives are mostly aimed at charging infrastructure for electric cars, but other projects include:

The Canadian government says that since 2015, it has invested over $1 billion to make EVs more affordable and charging infrastructure more locally accessible. According to the government, there are over 6,000 publically accessible charging stations across Canada, which is still only half the amount of the approximately 12,000 gas stations currently available. The recent investments in charging infrastructure should, the government says, result in a further 17,000 charging points. 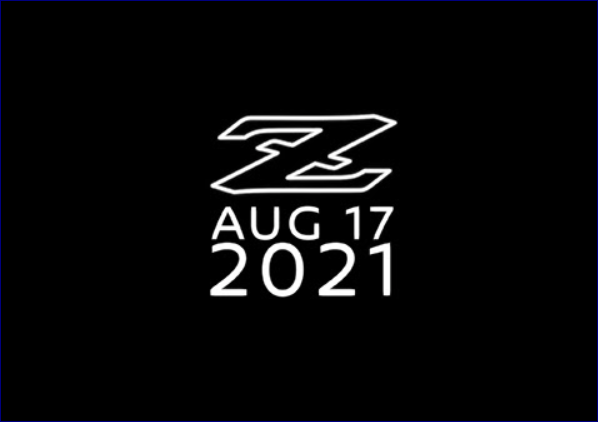 The moment we’ve all been awaiting is finally here! Mark your calendars to witness the rebirth of the iconic sports car that has defined generations and defied expectations – The All-New Nissan Z

*Unable to watch it live? You can always re-watch it after the reveal through the same link.

Have you heard about what3words? It’s incredibly easy to use and you can direct people to the EXACT location such as a specific entrance, or are looking for an accessible parking spot that you want them to go to. You can easily find a what3words address for anywhere in the world. They’ve divided the world into 3m squares, and given each square a unique combination of three words.

what3words addresses are easy to say and share, and as accurate as GPS coordinates.

If you’re given a what3words location, you can open it in the what3words app, then tap ‘Navigate’ and select ‘Google Maps’ to open the exact location in Google Maps and get directions.

Or, enter what3words addresses in your search bar and Google Maps – just make sure you always use the three slashes (///) and a dot between each word. Example: ///index.home.raft

Recently, Mitsubishi built what3words into its new Eclipse Cross navigation system, and all MBUX-enabled Mercedes-Benz cars also can use it. It’s as easy as saying ‘Hey Mercedes, navigate to what3words filled count soap’.

“No bathroom, no coffee, an out-of-service/broken charging point, a sad state of affairs,” the CEO wrote. “It was anything but a premium charging experience, IONITY!”

To top it off, this was the second charging park he had visited, as the first one was fully occupied.

Shortly after Herbert Diess sharply criticised Ionity, another top German automotive manager was also disappointed in the charging network. During a charging stop in Vordingborg, Denmark, Karl-Thomas Neumann found two of four Ionity pillars were defective and the other two refused to communicate with his Porsche Taycan and start charging. “The only consistent premium charging experiences I’ve had have been with my Tesla. Superchargers always work,” Neumann said on LinkedIn.

That’s A Wrap!  For this week. Until next time…

Our ISP was “choking” our internet speed because they didn’t like that we were streaming TV and Movies – after adding NordVPN to our Android Media box – problem solved. Click HERE for special pricing