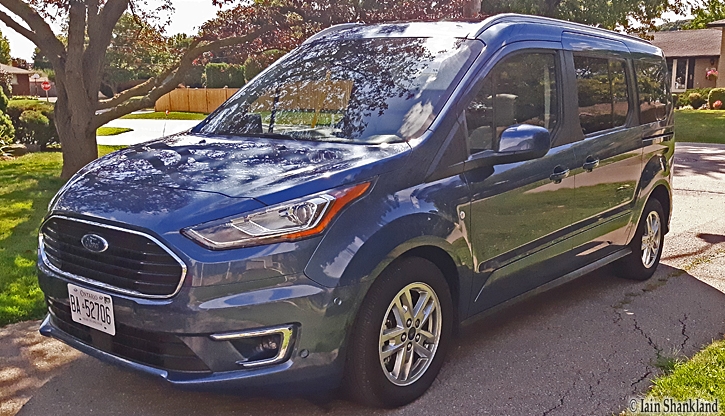 Minivans – the most underrated vehicle on the road today. They can hold and transport plenty of stuff and usually plenty of people too – but most people wouldn’t be caught dead in one, let alone buy one! Why is that? Why is an SUV/CUV ‘cool” but a minivan “uncool” – even though they are far superior in every way? Outside of Canada and the U.S., minivans and even smaller minivans are everywhere but we don’t seem to be interested in them. They are far more adaptable and useful than virtually every CUV. Looking at the interior numbers of the 2020 Ford Transit Connect Passenger Wagon, it’s got more cargo and passenger room than a Ford Explorer!

Have you seen the size of an Explorer? They are huge. As happenstance would happen – the Transit Connect Passenger Wagon popped up in the Ford media fleet and I just had to get to the bottom of this – is the Connect a viable option to those of us that value comfort and require cargo space at the same time, while using less fuel and actually fitting between those white lines in the parking lot? I say yes!

The first generation Transit Connect was introduced in Europe in October 2002 (2002–2013) but didn’t arrive in North America until 2010. Believe it or not there has been a passenger version around here since 2011! How many have you seen? I’ve seen… zero in real life, but plenty roam the streets of NYC as taxis. The 2nd generation (2013-present) is still somewhat of a rare species. The biggest problem facing sales of the Connect cargo van is the stupid “25% “chicken tax” a tariff that dates back to 1964 on imported light trucks and vans that the U.S. insists on keeping on the books as a way of protecting the “local manufacturers” – ironically Ford. (Ford import the van with windows and seats, remove them and create a cargo van to avoid the tax, but the U.S. government has continually insisted that they are circumventing the tax/tariff). But that doesn’t ascertain why the passenger version is as rare as an honest politician… or does it? Apparently Ford can’t make enough cargo vans to meet the demand, so the passenger version suffers and you have to order them from Ford – you’ll probably never see one on a dealer’s lot. Something so rare has to be tested and so I booked one for a week. Is the Transit Connect a hidden gem in clear sight? Let’s find out…

How Does It Look? 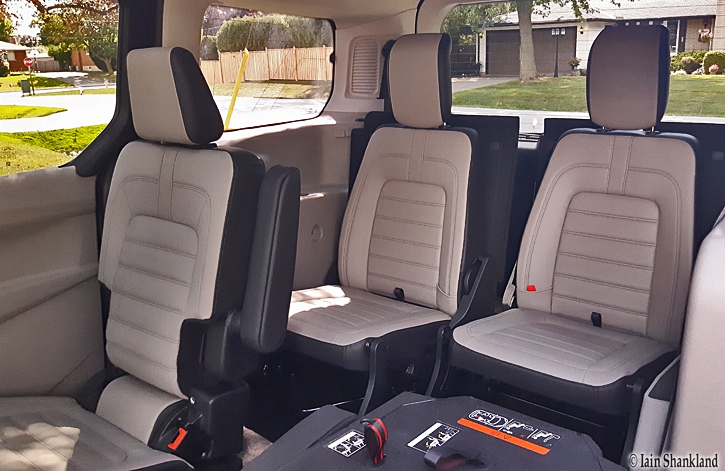 So How Quick Is It & How Does It Handle?

What Does It Cost? For up-to-date pricing in your region visit:  www.Ford.ca    or www.Ford.com 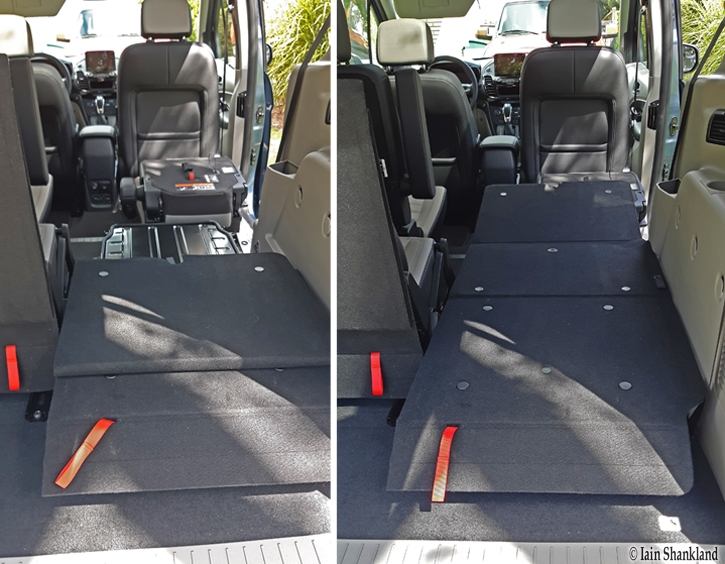 The Good, The Bad and The Ugly

Ford recently discontinued the Flex – the CUV they wanted van buyers to purchase and pretend it was a van, but not really a van, ‘cause they aren’t ‘cool.’ Now that it’s gone, maybe Ford will finally push the Transit Connect forward into the public consciousness and make them aware that this IS a real van and it’s got all the attributes of a van, but the convenience of a large car – not an oversized CUV. The Connect is a terrific van for those that need/want what makes a van unique and versatile. It’s also got plenty of safety features too. It’s got sliding doors – two thumbs up for families AND people that are unfortunate enough to park next to them when the rugrats swung open a regular door and ding their vehicle (we’ve got dings on both sides of our car). Based purely on my personal observations, the dealerships are not stocking the Ford Transit Connect Passenger Wagon – if people don’t see it, how will they know they can buy it? The rental fleets don’t carry them, so people don’t see them on the road either. If the cargo version is sucking up all the available vans coming in from Spain, then maybe Ford should build them here – along with the passenger version, just sayin’.